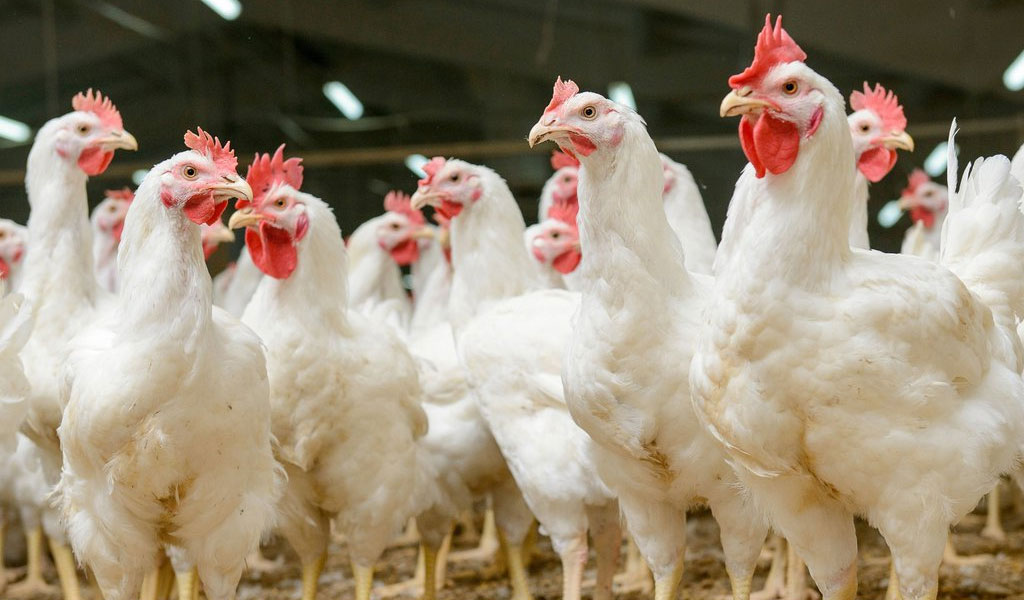 When expressing his concern regarding the evolution of dumping practices regarding leg quarters from the US, the poultry entrepreneur added that during 2005, the imported volume of that product amounted to 104,658 tons, whereas by 2015, it reached 365,108 tons –that is to say 260,450 tons more.

He added that the growth rate of leg quarters imports in the period from 2005 to 2015 was 13.3%; thus, now, unfair imports of leg quarters account for 76% of the total of chicken imports.

“Basically, leg quarters are deemed in the US market as a left over or lower commercial value product, since that market mainly consumes chicken breast and wings: Therefore the price for leg quarters is much lower”, Quesada Macias explained.

Over the years, the poultry industry has shown that it is a highly efficient and productive activity. However, unfortunately the Federal Government has made unilateral decisions that have led to “unfair” chicken imports on the rise opening the doors to the US, Brazil and Argentina, he said.

He reminded that during 2012, in Mexico, there was a Highly Pathogenic Avian Influenza H7N3 outbreak, acknowledged as the most important in the history of the Mexican poultry industry, which affected layers (producing table eggs), but also heavy reproduction hens (producing hatching eggs), impacting significantly the chicken industry.

The chicken industry recovered in a short time from this episode reestablishing the food supply in the domestic market; however, the Ministry of Economy (SE) did not heed this and endorsed two actions that have played against the industry, noted below:

1. AN ANTI-DUMPING CLAIM IS WON; RECOVERY FROM THE HPAI AND QUOTAS ARE NOT APPLIED

On August 6, 2012, the International Practices Unit (UPCI) of the Ministry of Economy issued the Final Resolution of the Antidumping Investigation on imports of leg quarters from the US, regardless of the Country of origin.

In this resolution, the Ministry of Economy found there were sales of leg quarters from the US under the production cost, and the dumping practice was determined.

However, in the resolution it was argued that the presence of the H7N3 HPAI was generating distortions in the chicken markets, thus, the Countervailing Duties would not be applied until the situation was regularized, which has already been resolved.

The entrepreneur indicated that Mexico is very competitive in prices offered to the consumer, and he offered some examples: “if we compare average costumer prices of fresh whole chicken between 2014 and 2015, the price of Mexican chicken was 20.8% below vs. the same product that was marketed in the US”, he said.

And he reaffirmed: “where we cannot compete is vs. unfair imports of leg quarters at dumping prices”.

It is the application of the importation quota for tariff-free chicken for third Countries for up to 300,000 tons.

On May 16, 2013, the Ministry of Economy published a tariff-free quota to import chicken from Countries with which Mexico has entered into a Free Trade Agreement, giving Brazil and Argentina the opportunity to export products to the Mexican market.

The argument to apply said quota was that the animal health situation was compromised due to AI, so that Mexico needed to find alternative supply options.

At the end of 2015, the Ministry of Economy decreed the extension of chicken meat until December 31, 2017, without any technical justification.

It is worthwhile noting that the asymmetries between the Mexican and Brazilian industries are huge. Brazil exports 4.2 million tons of chicken, while Mexico produces around 3.2 million tons. Also, Brazil has a corn and soybean surplus production (main raw materials to feed chicken) whereas Mexico imports over 70% of the corn required by the poultry industry, and almost 100% of the soybean required to feed the birds.

“For the Mexican producers, it is clear that we are part of a global market, and evidently we have the highest willingness to participate in it, however, we also know that we wish to face it under the same conditions as those of our competition”, he concluded.