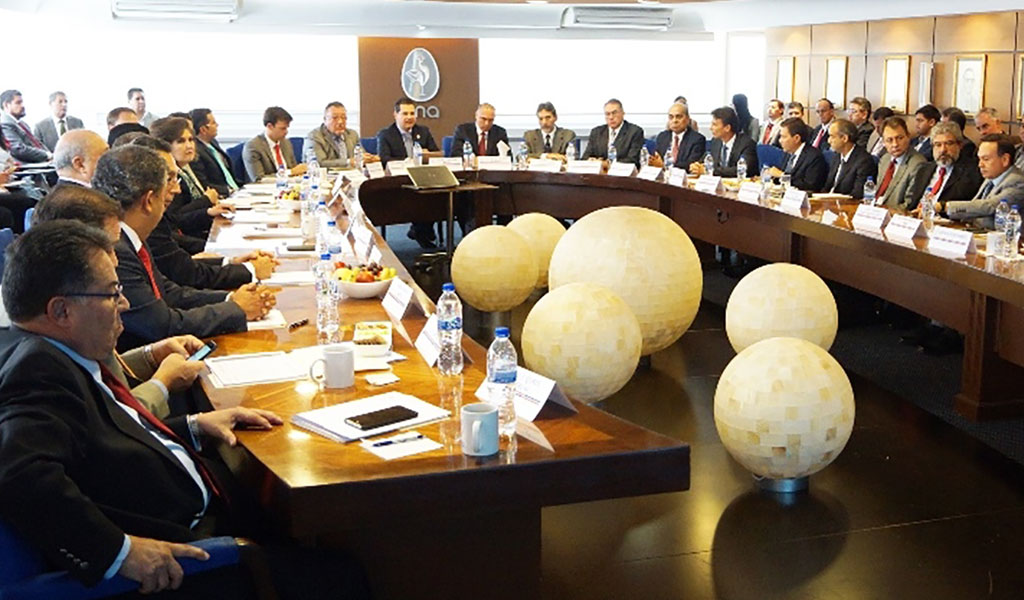 Mr. César Quesada and Sergio Chavez Gonzalez (Executive President of the organization) accompanied Minister Calzada to the “Fernando Zaragoza Iberry” Board Room, where the Board of Directors got together to receive his personal greetings.

When talking the floor, Quesada Macias offered to the official an overview of the Mexican poultry industry. Also, he mentioned topics of interest for the sector, such as: egg imports, as well as the fact that chicken imports are generating unbalances in the marketplace, and that if the trend continues, by the end of 2016, they could account for 18% of the total supply of chicken in Mexico.

He also spoke about two strategic projects being fostered, such as: the Poultry Assurance Fund and the National Poultry Research Center.

He said that in 2015, Mexico ranked sixth in eggs production with 2.6 million tons. Also, 3.175 million tons of chicken and 11,000 tons of turkey were generated. With a total of 131 billion pesos as production value and 1.2 million direct jobs were in place.

He also made known that producers have achieved significant growth: in the last 12 years, 129% in chicken production and 80% in eggs.

On its part, Minister Calzada Rovirosa urged the egg and chicken producers to accelerate actions and to obtain the animal health certification of the regions of the Country as AI free in order to open international markets, which would directly benefit producers and consumers in the Country.

He indicated that in the search of a better balance in prices of these products –staples of the Mexican families– there are lines of action to strengthen animal health schemes, assurance of productive units, infrastructure improvement, new international market exploration and fighting middlemen.

He said that the Federal Government, through SAGARPA, acknowledges the contribution of the poultry sector to the development of the Country, and stated that working jointly to improve the living conditions of producers is a priority in the Ministry since “we always work with, and are on the side of, producers”.

Given this situation, he said, we will review the options to include assurance schemes for the poultry sector, together with the State Governments and producers, in order to face the challenges and risks in the best way, such as: pests and diseases, climate phenomena and distortion of the market prices.

Additionally, he said that there will be a meeting with the Ministry of Economy (SE) authorities to review the importation quotas of poultry products (chicken and eggs), to find a fair balance between supply and demand for everyone.

During this event, it was said that the joint work with the authorities and producers has obtained a rearrangement of the productive units in the central and southern parts of the Country which have diminished the risk of disease, mainly of AI.

Before leaving the venue, Minister Calzada stated that it is necessary to start exports of Mexican poultry products to maintain the growth of the sector, he concluded.