Mexico celebrates today Friday, Oct. 14, one of its star food products, as the egg is known, Cesar Quesada Macias, President of UNA, indicated.

Today more than 150 Countries celebrate the International Egg Day and Mexico is part of the celebration since it remains as the number one consumer of eggs in the world, he added.

By the closing of 2016, it is estimated that the per capita consumption of eggs in Mexico will have reached 23 kg (50.7 lbs), which shows the importance of this product in the Mexican diet.

The entrepreneur said that over the years, by means of the new research, we can verify that myths created around eggs are unfounded, and they have been debunked over time. In fact, today it can be said that eggs are a wholesome product contributing therefore with health for the entire Mexican population.

• Mexico is the number one consumer of eggs in the World

• In the World, Mexico ranks number six in production of eggs

• In Mexico, the flock of layers amounts to 154 million birds

• The egg production industry of Mexico generates over 450,000 jobs a year

Mexico City, September 19, 2016.  The significant drop recorded by the Peso in regards to the US Dollar exchange rate, is impacting production costs of the Mexican Poultry Industry, indicated Cesar Quesada Macias, President of the Unión Nacional de Avicultores (UNA). Last week the exchange rate reached $19.60 pesos per US Dollar –a rate close to $20.00– even […] 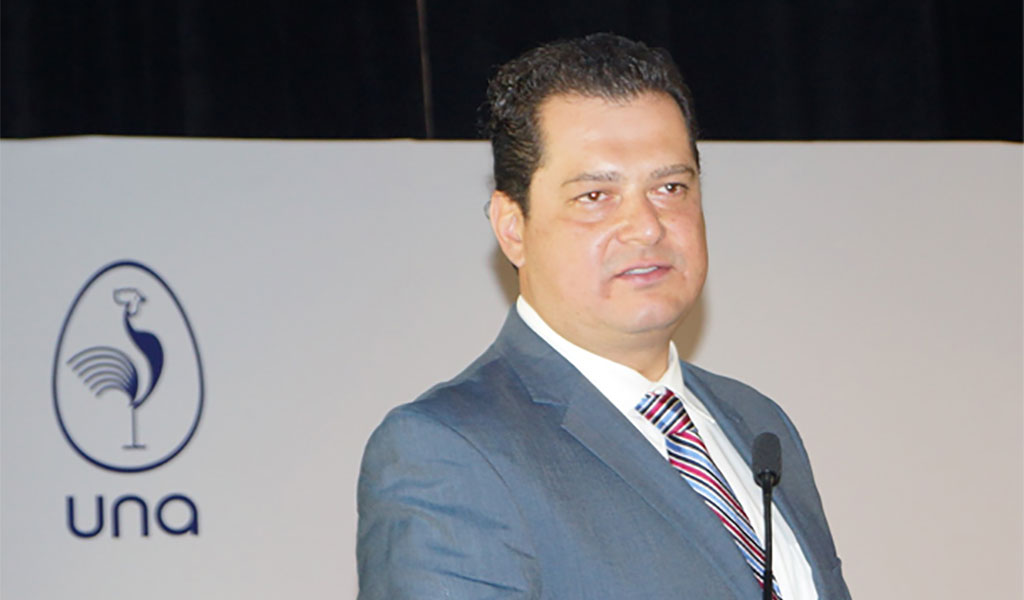 Regional and Local Trade Speculates with Eggs and Chicken Prices Mexico City, July 13, 2016. The Unión Nacional de Avicultores (UNA) expresses its concern for the events taking place in the States of Oaxaca and Chiapas, which undermine the domestic poultry industry, but to a greater extent, the population sectors requiring more of our support and solidarity, Cesar[…]