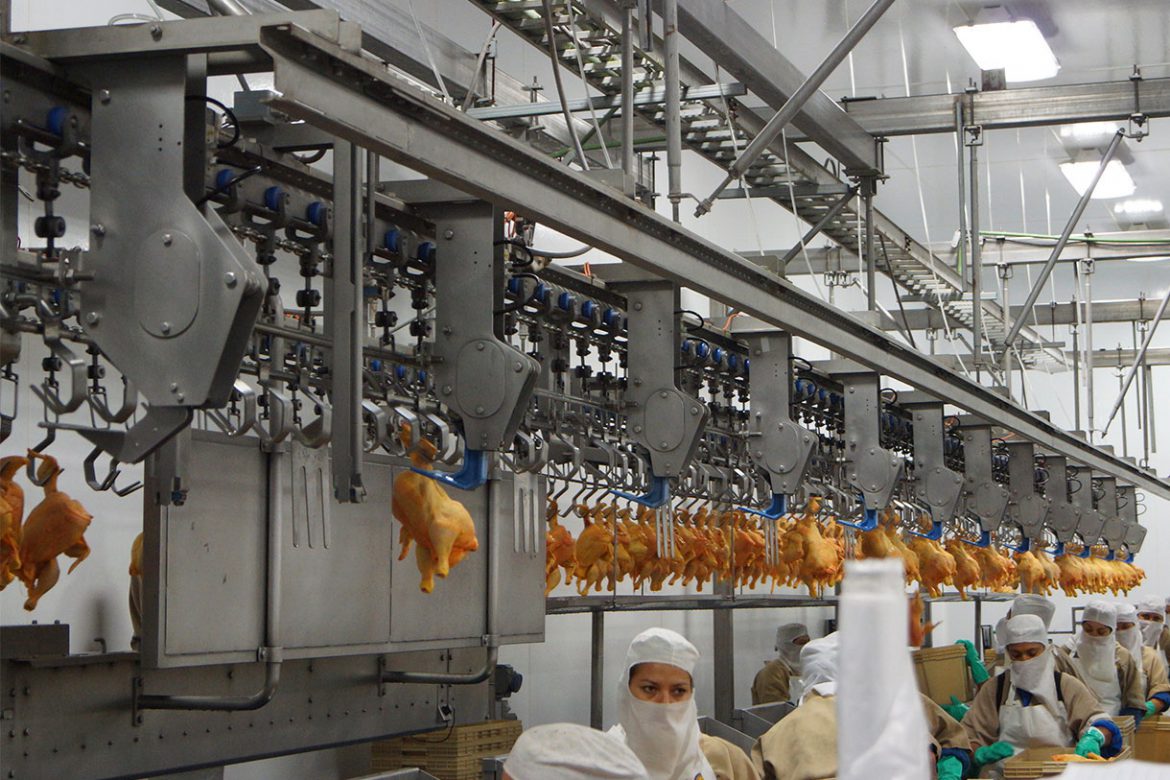 Mexico City, May 23, 2019. In recent years, Mexican chicken has established itself as the meat of choice for the families of our country, going from consumption of 19.86 kg. per inhabitant in the year 2000, at 28.31 kg. for each Mexican at the end of 2018 (almost 10 kilograms), reported the Unión nacional de Avicultores (UNA). Regarding appareent consumption that includes chicken imports, it was 32.51 kg. per capita. 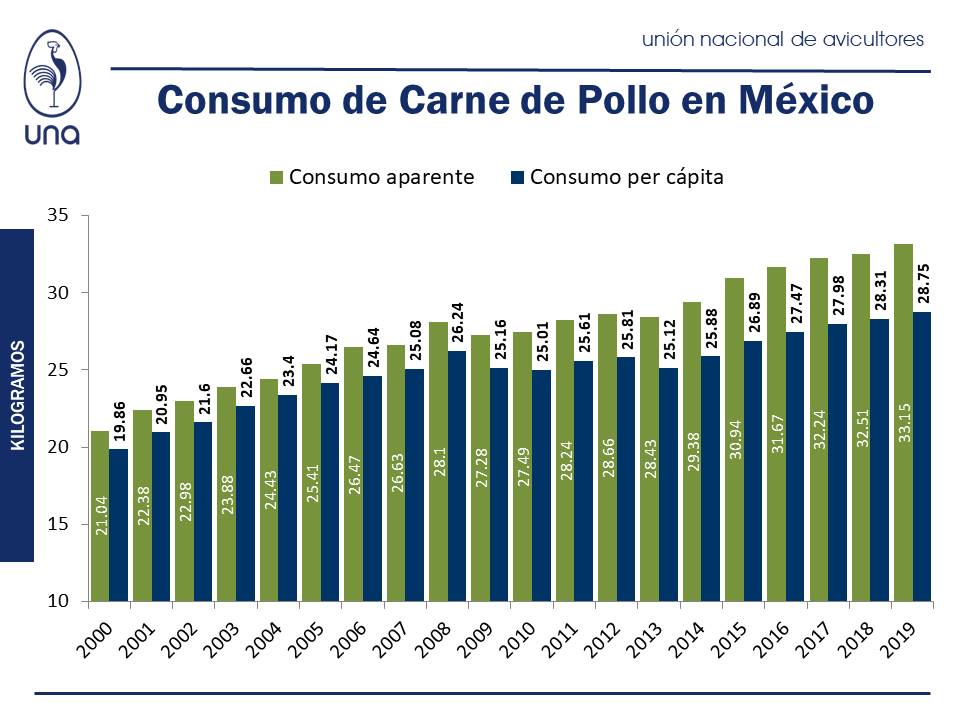 According to the organization that groups the national poultry farmers, the pace of growth of Mexican chicken has been constant year after year andper capita consumption  is expected to reach 28.75 kg. at the end of 2019, while apparent consumption reach 33.15 kilograms.

Likewise, the increase in consumption has been posible due to the supply in domestic chicken production, which in 2018 was 3 million 470 thousand tons, representing a 2.6% growth compared to 2017 production. 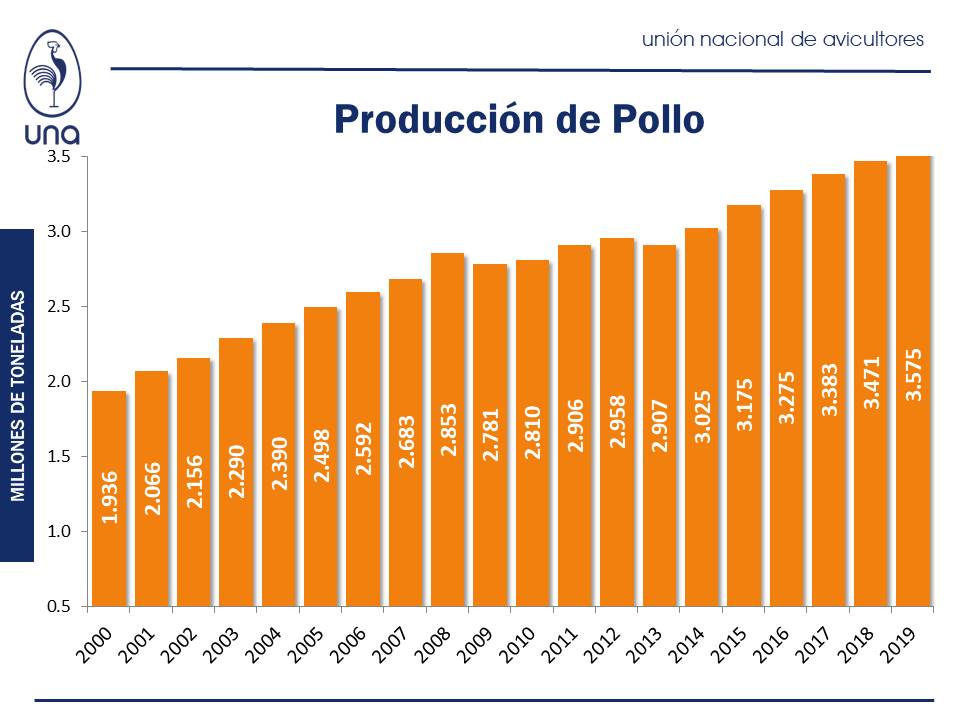 Currently, Mexican poultry production represents 63% of the national livestock production, of which, chicken meat contributes 34.7%. On the other hand, chicken contributes with 38% of the protein provided by the livestock sector to Mexicans.